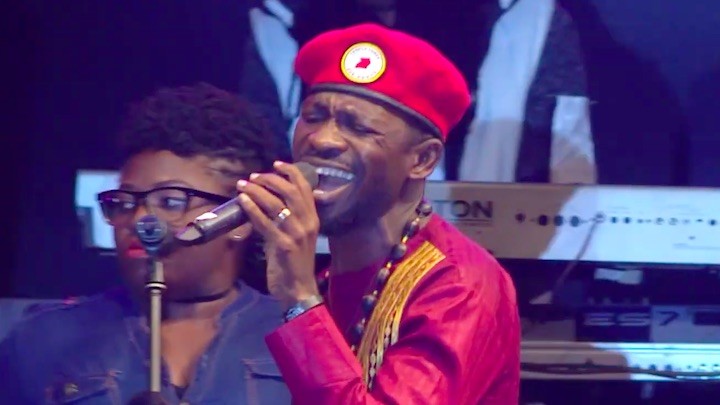 Mutabaruka welcomed Rebel Salute’s selection of Bobi Wine an entertainer influenced by Reggae music and veteran Jamaican artistes, to Jamaica to share his liberation message with our people.   When he took the microphone, after his preamble, he transformed the audience with a sense of empowerment and Black liberation not ever seen at any Rebel Salute show. He opened his set with a song called “Born to Sing”.  He dedicated his performance to those watching live in Africa. https://www.youtube.com/watch?v=tAJ1kzLEklc

He told the audience he came from the ghetto, he was born in Kampala, Uganda.  He chose reggae music as a liberating force and began to speak out against oppression, which attracted thousands of youth. As a result, he has been beaten, tortured and hospitalized under a government exerting 33 years of political oppression. Bobi has become a symbol of Liberation for people under oppression, inspired by the music videos of Sting and especially Rebel Salute, as well as, the music of Tony Rebel, Queen Ifrica, Anthnoy B, Buju Banton, Capelton and the Reggae Warriors.

Wine performed Reggae and African Dance Hall in English and his language to an accepting audience.

During his dialogue with the audience he said “I am very happy we are living in a generation where I can speak to my brothers and sisters across the world…we can fight without shedding blood, we can open the people’s eyes and minds to continue the mission of founders like Marcus Garvey who said “Liberate the minds of men and ultimately you liberate the bodies of men.” He continued “The most important people in the hands of the oppressor is the minds of the oppressed, so we continue to use this music to open the minds of the people.” He thanked “the ladies and warriors from Jamaica that opened my eyes and hundreds of thousands of musicians and artistes from Africa. Please don’t stop; keep your eyes on Africa.”

Wine shared that he was held on false charges of having two machine guns in his hotel room. However, because of “the pressure from the people, Morgan Heritage just needed to tweet and then the injustice was put in a corner and I was free. Now I am standing in front of you.” He told the audience to put their hands in the air and he danced a joyful dance of liberation. https://youtu.be/tJ6DunONc1s 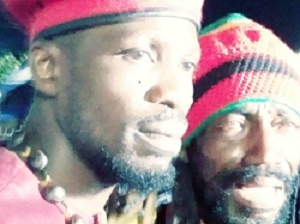 While Caribnewsroom waited to interview Bobi Wine, a Rastafari man stood stoically by his side and said, “Take me with you.” With tears streaming down the man’s face, Wine looked at him with sympathy and embraced him.

His last song entitled “We are fighting for Freedom” was a lively reggae tune with a dance hall rhythm, which encapsulated his mission and presence in Jamaica. At the end of his performance it was clear that the audience enjoyed his set and cheered loudly.

Mutabaruka called Bobi Wine back to the stage and as Wine stood by his side, he said “When you search YouTube you will find many videos on Bobi and his story; it is important what artistes put out there, as our music is influencing youth in Africa. Winnie Mandela told me personally that it was the music of Jamaica that inspired her. Keep on doing what you are doing.” Muta said. The impact of Bobi Wine’s liberating activism through reggae music was felt worldwide as Rebel Salute was streamed live to millions around the globe. Muta said “the vibes in Jamaica was even bigger than those in Kampala”.

Before leaving the stage Mutabaruka asked Bobi about the meaning of his stage name. He said “they call me Bobi, but they called me at school Wine because the older I got the better I become.” The audience cheered & whistled wildly in approval.