Jamaica is PATWA’s Destination of the Year 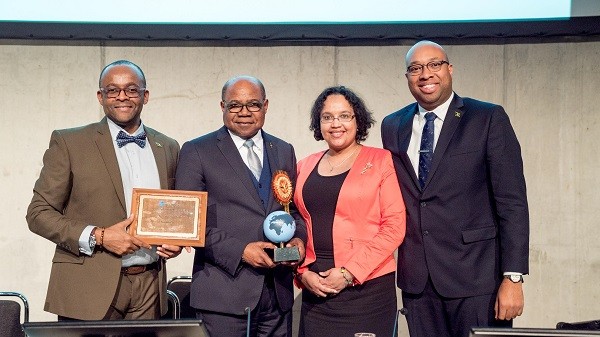 Our country has been continuously creating innovative initiatives aimed at improving the destination, as well as bolstering our marketing efforts in new and emerging markets. I am very happy that we have been recognized for our hard work, during this event, among other leading destinations.”

The Pacific Area Travel Writers Association (PATWA), a professional organisation of travel writers, which was founded in 1998, organizes the event. The awards recognize individuals and organisations that have excelled and/or are involved in the promotion of tourism from different sectors of the travel trade and service providers related directly or indirectly to the industry.

The Minister also noted that locally, the industry continues to break records for arrivals and revenue earned, making it a critical industry in the country’s growth agenda.

“Destination Jamaica has been performing exceptionally well. I am very proud to say that each year we continue to see an increase in the number of visitors to our shores – most of which have been to our island at least once before. This I am sure can be credited to our beautiful attractions and of course friendly people, who have also been able to earn from the industry,” he said.

The statistics show that last year stopover arrivals exceeded the previous year by 5.1 percent but when compared to 2016, growth was a whopping 13.3 percent. The USA market in particular, grew by 7.5 percent in 2018 over 2017.

The ceremony forms part of ITB Berlin, which is the largest tourism tradeshow in the world – the foremost business platform for global touristic offers and a prime marketplace and driving force behind the international tourism industry. It highlights hotels, tourist boards, tour operators, airlines among others related to the travel industry. ITB is also the ideal forum for establishing new customer contacts and conducting business.

The Minister is joined by Director of Tourism, Donovan White and the Jamaica Tourist Board’s Events Manager, Lorna Robinson. He will return to the island on March 9, 2019.

Lf. to Rt. Donovan White and Hon. Minister Edmund Bartlett hold Pacific Area Travel Writers Association’s (PATWA) International Travel Awards for Destination of the Year, which was given to Jamaica.  They are joined by Lorna Robinson and Delano Seivright. The annual event, took place in Berlin, Germany earlier today. The awards recognize individuals and organisations that have excelled and/or are involved in the promotion of tourism from different sectors of the travel trade and service providers related directly or indirectly to the industry.