Montego Bay, Jamaica. Jamaica has made history on January 30, 2019 in being the first destination to conceive and host the Global Tourism Resilience & Crisis Management Centre (GTRC) housed at the University of the West Indies, Mona.

The initiative is the result of one of the key deliverables of the Montego Bay Declaration from the United Nations World Tourism Organization (UNWTO), Government of Jamaica, World Bank Group and Inter-American Development Bank conference on Jobs and Inclusive Growth: Partnerships for Sustainable Tourism held November 28, 2017 at the Montego Bay Convention Centre.

The Hon. Prime Minister Andrew Holness was the keynote speaker at the well-anticipated event staged at the Montego Bay Convention Centre January 30, 2019. He said “of the major industries globally, arguably none faces greater exposure to disruptive forces than the hyper-connected tourism sector. The irony of the tourism industry is that the tourism sector has also displayed the uncanny ability to recover. So, there is something about tourism that is resilient. It is the most exposed but has also demonstrated the greatest ability to recover.”

Mr. Peter Greenberg, Award-winning Journalist and Travel Editor for CBS news was the Master of Ceremonies.

In his opening statement, Minister Edmund Bartlett recounted how the idea of the initiative, begun just over thirteen months and thought through in London during the staging of the World Travel Market. Further, he made reference to “three key deliverables of the Montego Bay Declarations, a 13-point document, a sort of blueprint: 1) Acceptance of governments across the world of the importance of SMTEs, a critical tool for inclusive growth and for sustainable development particularly at the community level.  2) Establishment for a Global Tourist Resilience and Crisis Management Centre. 3) To encourage those in tourism dependent regions to embrace the principles of multi-destination tourism as a critical tool…to create economies of scale and to encourage greater levels of air connectivity.” The Minister received applause when he shared the outcome of the successfully held UNWTO Second Global Conference on Jobs and Inclusive Growth for SMTEs, one of the mentioned deliverables, held the previous day.

He continued, “Today we launch the first ever Global Tourism Resilience and Crisis Management Centre (applause), The third [Noted above,] is a work in progress… Jamaica, Dominican Republic and Cuba have already signed MOUs in this regard. We had discussions with the Ambassador for Mexico earlier today about the first meeting that we will have in Cancun later in this quarter. Mr. Cabal, I wish to report to the UNWTO, mission almost accomplished.” (Laughter)

The Tourism Minister shared Caribbean tourism data, highlighting the Caribbean as the most tourism-dependent region with 13 of the top 20 countries of the world with the highest tourism dependency in relation to GDP. In sharing the statistics noted below, he also showed the tremendous value of the Global Tourism Resilience & Crisis Management Centre for addressing the vulnerability, survival of threat, recovery and sustainability of the region. He said the “travel and tourism industry exceeds the size of the petroleum industry, the distributive trade and is second to financial services in terms of its contribution to GDP; In 2018 1.4 billion travelled across the world and spent approx. US$8 trillion. We in the Caribbean had 30 million visitors last year and earned US$32 billion. 1 in 5 jobs in the Caribbean are directly related to tourism. More than 40% of the GDP is directly related to tourism in the Caribbean.

The launch of the Global Tourism Resilience & Crisis Management Centre was held in conjunction with the 2nd Global Conference on Jobs and Inclusive Growth: Small and Medium Tourism Enterprises (SMTEs) on January 29th and the Caribbean Travel Marketplace held through January 31, 2019.

END
Photo Caption: Members of the Board and other special guests sharing in the Launch of the Global Tourism Resilience & Crisis Management Centre in Montego Bay.

Contact:
Sharon Parris-Chambers
Caribnewsroom.com
This email address is being protected from spambots. You need JavaScript enabled to view it.

By accepting you will be accessing a service provided by a third-party external to https://www.accessjamaica.com/ 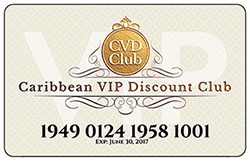